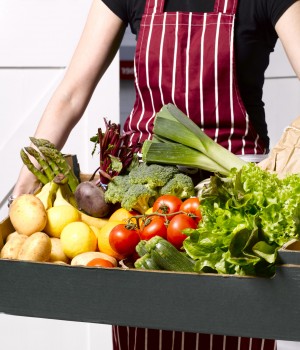 The two Melbourne based start-ups have teamed up in an effort to improve the convenience of grocery shopping, allowing customers to order groceries online and have them delivered within the hour.

Grocery Butler Managing Director, Michael Parthenides, said both companies are excited to deliver value to the consumer in comparison to current grocery delivery options in Australia.

“We are all about speed and convenience,” he stated. “The alliance with Swift will enable us to expand into new territories, and that means more people can experience the benefits of our 60 minute grocery delivery service.”

The service is currently available in Melbourne, Sydney and Brisbane with national operation set to follow in the near future.

How exactly did this partnership come to be?

Swift founder and CEO Joel Macdonald revealed to Anthill that they were actually introduced via a mutual contact. Grocery Butler had just launched and Swift was looking to test out grocery delivery to create a grocery on-demand data play/case study for larger retailers.

“It made more sense to partner with Grocery Butler so that we could maintain our urban logistics focus whilst Grocery Butler focused on products, pricing, marketing and grocery retail partnerships,” he told us.

Joel further revealed that they meet every week to continue to improve the system and the service to their customers – from better delivery estimate improvements to faster in-store shopping to last mile fulfilment routing, he says data is collected and everything is constantly being refined.

What does this partnership mean for e-commerce in Australia as a whole?

Joel said the newfound partnership is a good way to create much needed competition in a sector dominated by retail giants. “We offer an innovative and convenient service that ultimately brings work back into the local community.”

“We believe pureplay e-commerce is dying. Everyone wants online orders delivered faster and at a cheaper rate. This has been the trend for years and will remain the trend,” he said.

“The future of e-commerce will see bricks and mortar stores become the dispatch warehouses. This partnership highlights that fast response to demand at an affordable price, which can only be achieved with retail store warehouse dispatching.”

Joel explained that in the last five years traditional retailers have begun to increase their digital footprints and discovered that their bricks and mortar stores can also be utilised as incredibly flexible and robust dispatch warehouses and in doing so have increased their shareholder value higher compared to their pure-play ecommerce competitors.

“The emergence of click-and-collect software is allowing retailers to bridge the online/offline convenience gap and distribution to the customer is becoming faster from a network of the local ‘dispatch’ stores,” he remarked.

“Combine these dispatch points with a flexible and responsive local delivery fleet and the future of ecommerce logistics is beginning to emerge!”