IT’S the year of the Rooster, and not just for the Chinese.

Red Rooster, the ageing chicken brand founded 45 years ago in Western Australia, is undergoing its very own cultural revolution, with plans for a major expansion into NSW and Victoria as it sets its sights on Domino’s in the home delivery market.

Chief executive Chris Green, who joined two years ago after nearly three decades at McDonald’s, has kicked off a massive transformation program, refurbishing ageing stores, rolling out a fleet of 400 distinctive red delivery cars, and launching a loyalty program which has already signed up 300,000 members.

With 360 stores, Mr Green plans to open 15 to 20 new locations every year out to 2020. Red Rooster is now turning over $480 million in revenue and is on track to hit $500 million this financial year off sales growth of more than 5 per cent.

“This financial year we’re going to have the strongest growth for a long time,” he said. “The previous year was probably three to four per cent, but the last two years we’ve been outpacing the industry.”

Delivery, he said, has been the key to Red Rooster’s new-found success. Launched two years ago in Sydney’s Baulkham Hills, delivery has expanded to 240 stores and now accounts for 10 to 30 per cent of sales, the majority of which has been incremental growth.

“We refer to it as the ‘silver bullet’ internally, it’s massive,” Mr Green said.

He said while Domino’s had dominated the delivery market, “Woolworths and Coles don’t deliver roast chickens, so there’s sort of a hole in the market”.

“The growth has been amazing,” he said.

“It’s introduced new people to the brand, whereas in the past they might have driven past some of our locations, which maybe didn’t look so good on the outside. Probably a key part of it is the red delivery car. These shiny red cars are all around the neighbourhood of the franchisee providing great marketing.”

Red Rooster has invested around $1.5 million developing its own online ordering system, as well as partnering with Menulog. “People are discovering Red Rooster on Menulog, and it might be either the first time they’ve had it, or they haven’t had it for a long time,” he said.

The new store push will be focused on inner-city areas in Sydney and Melbourne, where the brand has traditionally had difficulty finding drive-through sites. Most of the prime real estate is taken up by McDonald’s. 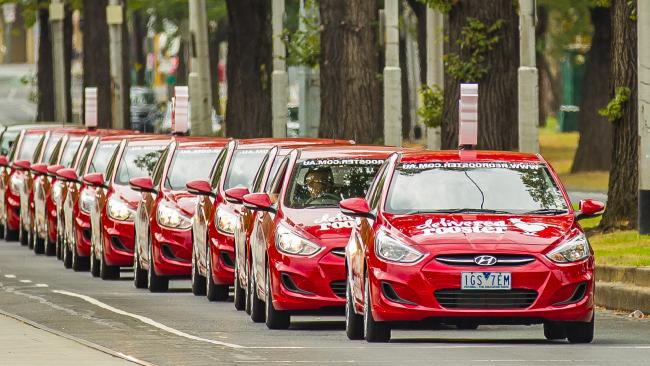 A new, smaller-format store in the style of Domino’s or Subway shopfronts, will solve that problem. “In Sydney, there are actually about two million Sydneysiders that can’t access Red Rooster,” Mr Green said.

“But this new model, because it’s reliant on delivery, it opens up a lot of new areas.”

Franchisees’ capital expenditure for the small-format store is around $350,000 to $400,000, compared with costs in excess of $750,000 for a typical drive-through location. Rental costs are also much about half those of a drive-through, generally under $100,000.

“We’re targeting $20,000-plus per week in sales [at the new stores], but our first location in Goulburn has already exceeded all expectations,” Mr Green said.

“When we can get a drive-through that will always be an option, but in built-up areas like the northern beaches or inner-city Sydney, those locations are very difficult to source,” he said.

Mr Green said Red Rooster was taking lessons from Domino’s, even rolling out GPS tracking to more than 40 restaurants. “They’ve absolutely been the leader but I would say in the last two years we’ve almost become off the charts as a strong competitor,” he said.

“There are some things that Domino’s does that are gimmicks, we’re probably a bit more focused on the customer.”

The Red Rooster brand has “enormous opportunity” that has largely been missed over the past decade or so, Mr Green said.

“I’d always admired Red Rooster as a brand,” he said on his decision to leave McDonald’s. “It probably was at its height in the ‘80s and ‘90s and it went through a bit of a decline after that.

“They were owned by Coles in the ‘80s and ‘90s and that’s when the brand did really well. It had that parent that was able to guide it both from a brand and real estate perspective.

“But from around 2000 to really about three years ago, it failed to evolve, and mainly that was a lack of reinvestment in the restaurants, so a lot of restaurants did become rundown.

“So it was a big attraction — a well established Australian brand with lots of opportunity to capture and grow.” 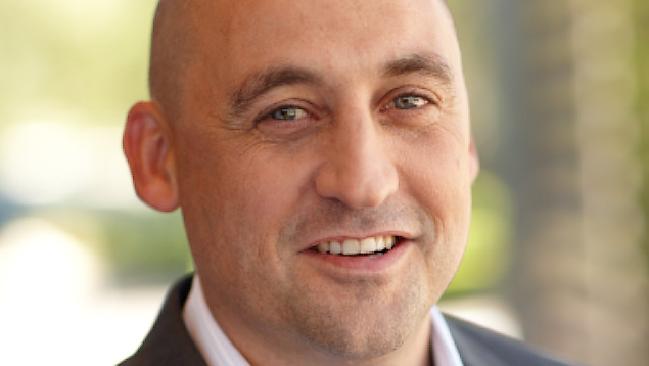 Mr Green said the first thing he did when he came on board was work with franchisees to refurbish the ageing stores. In his first year the company worked with franchisees — Red Rooster only has 10 company-owned stores — to refurbish 75 restaurants, when in the previous two or three years there had been fewer than 10.

“A lot of the signage was replaced, the exteriors were painted, gardens were cleaned up, the dining rooms, floors, settings, tables and ceilings [were redone],” he said.

“So that was big. That signalled a lot of change to people that had maybe stopped visiting Red Rooster because the competitors looked better.”

Menu changes, including salads, updating the 30-year-old coleslaw recipe, and introducing new seasonings, have also had an impact, he said.

Overall, the Year of the Rooster is looking big for parent company Quick Service Restaurant Holdings, which also owns Oporto and Chicken Treat.

QSRH was bought by private equity firm Archer Capital for $450 million in 2011. Archer is mulling either a stock market float or sale of the business later year.

Mr Green said if he had to bet, he would say an IPO was more likely. “But it’s open to both,” he said. “The most important thing is we have differentiated strategies for all three brands and different target markets.”

Restaurant group Collins Foods, which also operates a number of KFC restaurants in Queensland, WA and NT, has a 15.5 per cent market share, while Nando’s sits on 10.8 per cent.

“Like many fast-food providers, [QSRH] has faced increasing competition from new forms of fast food over the past five years,” IBISWorld industry analyst Andrew Ledovskikh said. “Profit has remained relatively steady despite weak revenue growth, as a focus on franchising revenue has supported profit margins.”